Two young people are especially on my heart right now, and I’d like to introduce them to you, in a roundabout way. I pray you’ll understand my reasons for writing like this, but I know their stories aren’t over so I want to protect them as best I can.

Jim Doe and Jane Smith are in-laws – Jim’s brother married Jane’s sister. They had never met one another before their siblings wed.

Meet Jim Doe. He is 23 and was raised in a single parent home. His life was turbulent growing up, but his mother and brother loved him dearly. They moved frequently, and because his mother had to work to support the family, he spent much time with babysitters.

One was discovered to be selling drugs from her home – and this was a babysitter recommended by her pastor – the cousin of the pastor’s wife. When he was three years old, his new step-grandmother took over their care. From outward appearances, she seemed to dote on the boys– but within a couple of years, it was discovered she had been abusing both boys. She put pennies in Jim’s mouth and put duct tape over it, telling him if he cried or called out, he would swallow a penny and choke to death. She also beat the boys with an electric cord from a lamp she ripped from the wall. And she told them that if their mother ever left their stepfather, it would be to kill them. She said their mother would take them somewhere to kill them, then hide their bodies and go back to the stepfather to have “real children” with him. Jim’s mother discovered the abuse, tried to stop it, and after counseling with instructions to “submit” to her husband (and his mother) at all costs, she fled – getting the children away from all of them – and away from the abuse – permanently.

His mother tried to build a good life for her children, but she made many stupid and selfish mistakes. The family was active in church and the children were raised with much prayer, if not always good direction. They had minimal support from extended family. After Jim finished the 4thgrade, his mother decided to homeschool him. For the first two years, Jim thrived with the set-up. He learned at a rapid pace and grew to love learning and reading. He absorbed library books by the dozens, and his studies moved quickly. But then he got involved with some kids from church who led him onto a path he should have never taken. About the same time, he was introduced to music by Eminem that promoted disrespect, anger, hatred. They moved once again, and Jim entered public high school, but after a year or so, asked for homeschool studies again. His mother resumed teaching him, and he eventually passed final exams and graduated high school. But by this point, he was out of control. He worked random jobs to support himself, and had a good work ethic – but when work was over for the day, he just would not settle down. He even attended college for a year – and loved every moment of it, but did not stick with it.

Years passed. His mother remarried and life settled for her. Jim eventually ended up in a serious relationship with an older woman. About 18 months into the relationship, he told someone that his girl had tried to stab him – with a 3-foot sword. At that point, all the signs of domestic abuse became apparent to his family. But there was nothing they could do. A couple of months later, his girl went on another tirade and he hopped into their car to get away from her. There wasn’t enough gas in the car to get very far, so he turned around, determined to make things work. When he arrived back home, the police were there. The vehicle was in his girl’s name only, and she had called the police to report it stolen.

He spent 110 days in jail. For the first 30-45 days, he was convinced that he still loved his girl and that they could make things work. He never admitted that she hit him, but a deputy told his mother that the girl had sure worked him over good. When his mother visited him in jail, he was covered with cuts and scrapes all over his face and head, and he had a bruise the size of a baseball bat on his arm, where he’d deflected some of the blows. But he refused to report her. Because he’d returned the car, the charges were dropped down to two misdemeanors, and he was released on a two-year probation – with orders to pay thousands of dollars in fines, take three specific evaluations and if they required classes, to take those as part of the probation. He was also ordered to see his probation officer once a month and perform 120 hours of community service. He was placed under a “no contact” order with the girl – and she was told she could not contact him either. He is currently in month four of his two-year probation. He lived with his mom and stepdad for awhile, but could not abide by their rules. He now lives on the streets, occasionally stopping by their house to take a shower or eat a meal. Some days he berates his mom for her poor parenting skills, other days he’s respectful and grateful.

Meet Jane Smith. She is 24. She was raised in a two-parent environment. Her 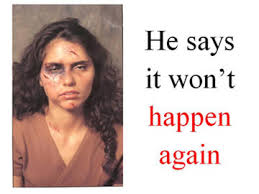 parents recently celebrated their 30thanniversary. She has three siblings and lived in the same town all her life. The family is Catholic, but they are not active in church. Her parents work hard to provide for the family, and all of the children began working as soon as they were old enough. Last year, Jane decided she wanted to go to college, and began exploring her options. But then she met a young man – three years her junior – and fell in love. She dropped her plans to attend college, and her life became absorbed with taking care of this man. But soon, her family realized things were not quite right. She was caught stealing things from family and friends. She lived in her car for a time – the family never sure if her fellow was with her or not. Then one day, her sister discovered her bruised and beaten. She dismissed her sister’s concern, and avoided family for months. She now excuses the abuse, saying it happens to everyone.

Apparently this was Jane’s new norm.

A few weeks ago, Jane was arrested and charged with shoplifting. In lieu of bail, they released her wearing an ankle bracelet while she waits for a court date. Her parents took her home, with her promises that she was a changed woman and things would work out great. Before they even got home, her tune changed, and she ranted and raved about how sorry her parents were, and how she was an adult and could make decisions on her own. How much she loved her boyfriend – the one she was arrested with, the one who continued to abuse her. Once they reached home, her mother ran to the grocery store, her father began preparing the house for their daughter’s extended stay. But when the mother returned from the store, the daughter was gone. She disappeared for days, and last week, was arrested in another county.

What is it with kids this age? These are only two examples of many, many young people who are in similar situations.

Where have we, as a world, as a generation, as parents – failed these kids?

But is it more than that? 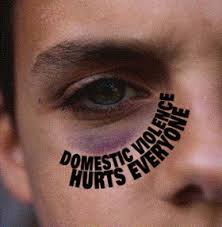 Some place the blame firmly on the parents. Others on broken homes. Others place it on religion. Or lack of religion. So many other avenues to place blame. But these two examples show it must be more than that. Why this specific age group of kids? What is it about these kids that make them feel they are not worthy of something better? That they are only worth abuse? Why do they feel it’s okay for someone to beat them? Hurt them? Abuse them?

A recent conversation with another loved one opened my eyes to other possibilities. At the time when this age group of kids were at the most impressionable age – during their formative years – there were several major events going on nationally. Bill Clinton was president, and his personal actions – making headlines and newscasts for years – revealed a man with no morals, no values, no conscience. And he got away with it in the highest office of our land. An office that prior to his election had been revered and dreamed about by young children for generations. That dream was gone. In other news during those same years, the O.J. Simpson trial kept everyone glued to their TV sets for weeks on end. He, too, because of his celebrity, appears to have gotten away with murder.

Did those events cause one age group of young children to lose their way in this world?

I’ve heard people say that people like Jim and Jane are worthless.

Every time I hear a comment like that, it infuriates me. It makes me want to shout: “NO THEY ARE NOT” from every rooftop in town. No one is worthless – I don’t care what they’ve done, who they are. No one. Author Lori Roeleveld wrote an excellent post on this very subject a few weeks ago – you’ll want to check it out, because it shares my heart precisely.

What hope does this generation of young people have?

We cling to hope, and we must PRAY. We must pray fervently for each and every young person we know, because God’s not finished with them yet. Their stories are indeed still being written. I trust He knows the outcome, and will use these two in some special way that will impact lives.

How can I know that? How can I say that?

Look at the examples provided in the Bible:

Hosea’s wife was a prostitute.

Amos’ only training was in the school of fig-tree pruning.

Jacob was a liar.

David had an affair.

Solomon was too rich.

Abraham was too old.

David was too young.

Peter was afraid of death.

Naomi was a widow.

Paul was a persecutor of the church.

Moses was a murderer.

Jonah ran from God’s will.

Miriam was a gossip.

Gideon and Thomas both doubted.

Jeremiah was depressed and suicidal.

Elijah was burned out.

Martha was a worry-wart.

Did I mention that Moses had a short fuse?

So did Peter, Paul – well, lots of folks did.

If you have a loved one who is not living the life they were meant to live, DON’T GIVE UP ON THEM. And don’t stop praying.

Their stories aren’t over yet. God is still working.