Today there’s a  group of people waiting for the Apocalypse to come. They were not told the hour, but as I write this at 1 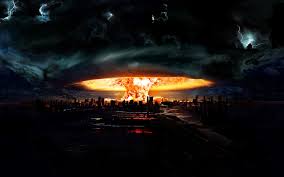 pm EST, it hasn’t happened. They’ve been told this in many occasions and when it doesn’t happen, the response is that they were not worthy of Jesus’ return, therefore he didn’t come. You may laugh at their believes, but if we’re not careful, we can all be in a situation following false doctrines and/or prophets.

I’ve always been curious about how cults work. Cults are not always a result of poverty or ignorance; you see educated and well off people joining these groups. They blindly follow a leader that tells them that they’re a messenger from God. Who doesn’t want to follow God? Therefore they believe what they are being told and follow blindly.

I grew up in church, but was never one to read the bible. I was taught that the man at the pulpit was chosen from God to shepherd his people, therefore I believed that what he said was true and that what he said came from God. Of course, everything he said he had a quote and a scripture to attach to it. I’m not saying that I was mislead in church. I just know that once I started studying the bible myself I was able to separate the truth or lack of truth of what God was saying to me or about me.

Where am I going with this? Sometimes because someone has a leadership position we trust in what they say. This is very true for believers, were they idolize their pastors, ministers’ u other leaders just because they are “men or women of God” and don’t stop to question some of the things that are being said. Let me clarify that I’m not denying that pastors, ministers and religious leaders have a high calling; they do deserve respect and honor. However the key here is “men and women”. They are still human, they still can make mistakes and they too can fall from grace.

I was watching one of my real life crime shows the other night and it was about a pastor who killed his wife, but then was telling several women from his church that it was God’s will for them to be intimate with him as a way to supply his needs since he now didn’t have a wife.Some of these women were married to their husbands. Three or four women struggled with it, but then gave in, including the deceased wife’s mother. Yes, his mother in law.

I’ve also been reading about this group waiting for today’s apocalypse. Here’s what I learned. Part of their routine is to read the bible everyday. I couldn’t understand if they were reading the bible, how this “prophet” has them believing all these things and doing things that they do that are against the word of God. Everyone who has left the cult has said the same thing, that they were following “The Prophet” and not God.

We are responsible to study the word and contrast what we are being told with the word of God. The Word is the authority, not who is reading it to you!

It is not my job to judge what these man or women did. I do feel it is my responsibility to alert all my fellow Christians that if what someone asks you to do does not match with what the Word of God says, it doesn’t come from God. These are not the only cases where religious leaders have taken advantage of their position and the vulnerability of their parishioners. It has not only been with intimate relations, but with financial transactions, abuse and instances of power. “It is better to trust in the LORD than to put confidence in man.” Psalm 118:8

In the bible we are warned about false prophets (These are just a few):

We should have a trusting relationship with our religious leaders, but our relationship with God should supersede that. God has a plan, and only one. His word is unchangeable, he has not changed his mind about his plan, and we’re the ones that veer from it. Therefore I urge you, when in doubt, go to the source.

In my journey with Christ, I have not found a single issue not being addressed in the bible; no matter how big or how small. If what anyone and I mean anyone requests of you goes against the Word of God, once again, it doesn’t come from God and you should remove yourself from that situation. 1 John 4:1 “Dear friends, do not believe every spirit, but test the spirits to see whether they are from God, because many false prophets have gone out into the world.” Like John says here… “Test the spirits”, go to the word of God, pray for your own revelation and don’t move until your spirit is at peace and in accordance with the Holy Spirit.