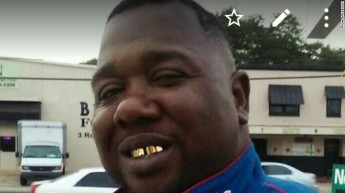 As promised this is my first post on my perspective series. I’m trying not only to voice some of my feelings, but also some of my concerns with the current events in our country. I’m going to try to do this in the chronological order of the events.

The first incident (this time) was the death of Alton Sterling in Baton Rouge, LA. A homeless man called 911 stating that Mr.Sterling had threatened him with a gun. The police came to check the situation and he was shot to death during the exchange.

I became aware of this incident by the time the second video came out. That second video was the first one I saw.  Without more details I couldn’t understand why this man was shot. In the video that I saw, I saw him pinned to the ground by two police officers. One policeman had his legs, the other one was pointing a gun to his head and all of the sudden he received multiple shots to his chest. I know some people say that he was moving his hand, that his hand was moving towards the cop’s gun or could have been interpreted that he was going for the gun that he had in his possession. I don’t argue with what others saw. I didn’t’ see that. But that’s not for me to determined. The justice system is working on that and more details will come and provide more insight on this issue.

What hurts my heart about this incident has been the anger and reaction towards Mr. Sterling as a person. Comments like “he’s not an angel” and “he’s a sex offender” are thrown as if he deserved to die. From my perspective a lie and a murder are equal in the eyes of God. So any sin that I’ve committed in my life is not better or worse than any shortcomings that Mr. Sterling could have.  In moments like this we need to remember Romans 3:23

I don’t know if the death penalty is legal in the state of Louisiana, but to my knowledge there are no sexual offenses that qualify for the death penalty legally speaking. Even, if so, as a society we have a process, a justice system that includes several steps to determine such things.

Mr. Sterling was a registered sex offender. He spent 4 years in jail for his offense. If you stop right here, you have already painted a picture of this man. But then you hear what the “victim” of his offense had to say; things are not so black and white. The mother of his son went on television to explain that she was in a relationship with Alton Sterling when she was 15 years old. Alton Sterling was 19-20 years old at the time. In the process of their relationship she became pregnant therefore he was accused of statutory rape and registered as a sex offender. I think in perspective the picture changes. The same lady stated that he was a good and present father for all his five kids and had a decent relationship with the mothers of his children.

Alton Sterling owed money for child support. If you stop right here, you can assume that he was irresponsible. Our reality as a society is that most convicts pay the consequences of their transgressions for a lifetime. Once they come out of jail, it is very hard for them to find a stable job due to their criminal record. So even when they have paid their debt to society, we continue to punish them beyond the term that the law saw fit for their punishment. Even with an education, it would have been very hard for him to find a well-paying job that could provide appropriately for his family. I’m not sure that he would qualify for a license to open his own business due to the same reasons.

The encounter with the police was not related to any of his past transgressions. When we say “but he did, but he was” we are providing a justification for his death. We are telling ourselves that it’s OK for him to not be alive because he wasn’t up to whatever standard we have placed on him and that’s not OK.

I saw his oldest son sobbing on television. It was a very sad thing. That son is 15 years. He and his siblings will not have a father to grow up with. Regardless of any past or current actions of Alton Sterling, he was a human being. He was a father, a son and a friend.

My prayer is that the community gathers around his family not only for support during this time of mourning, but for the kids in the future. My hope and prayer is that those around those kids step up to be inspirational figures so that they can become productive citizens.

Most of all, I want to make sure that we stop to think that a human being is dead and that a family is in mourning. 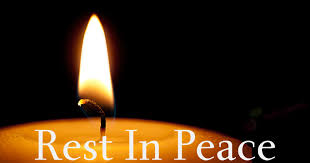 I want to stress that my writings are my own. Those are my opinions, views and perspective and they do not reflect the views of my employers or any organization that I belong to. I also plan to not censor comments on these posts. I really never do, but I do require pre-authorization because I do not allow profanity, hate speech, or insults to me or other posters. Any comment with that content will be deleted. Disagreements in a civil way are more than welcome.