I sat down yesterday afternoon after a great day with my mother to watch television and think about what was I going to write about for today. While I was just browsing for ideas for my post, I decided to check out the news from this weekend. All the news stories were related to death and children.

I think I can stop there before we all crawl inside our closets to cry. Having said that, I refuse to allow the world of terror to paralyze my purpose. I truly believe that beyond grieving, this is a blaring call to action.

Parents, be aware of the things that your children have access to.

Violent games and movies may seem innocent,but even when you tell yourself that your child knows that this is fantasy, it also desensitizes them to violence.

The rest of us should stop patronizing any company that promotes violence in the media. If we don’t buy it, they will have to change their ways. There are millions of Christians. How serious are you about what will you do to defend your faith? Will you allow yourself to be lukewarm and blend in the culture of this world or will you take a stand for what you know to be righteous? 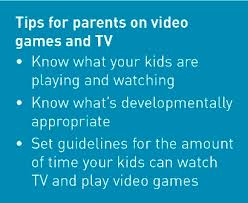 We can also take action to those around us that we notice are dealing with mental health issues. Early intervention can make a huge difference. Sadness goes away with a change of scenery. Real depression, anxiety, anger and addictions are just as real diseases as diabetes and cancer and need to be treated by professionals. Being in treatment does NOT negate your faith.

I invite you TODAY to take a step against the culture of violence. Don’t ever think that there nothing you can do. It takes each and everyone of us, as the body of Christ, to work together in this war.

Never forget what we read in Ephesians 6:12

For as the body without the spirit is dead, so faith without works is dead also.

Remember today is the last day of my Mother’s Day Sale, get your copies now!

2 thoughts on “Stop The Culture of Death”