I want to share with you a very personal story about one of my favorite Aunts. I have a huge family although it doesn’t seem so. I have cousins, aunts and uncles that I have not met and probably never will that’s how big my family is. We’re just not one of those close families, but if we decided to do a family reunion, we sure would need a stadium to hold it.

This particular aunt and my mother kept a close relationship telephonically as we were geographically ways apart. It was more than ten years ago and I was going through a very rough time and I needed to go away. I was at my mother’s house and she was talking to my aunt, to whom I had never spoken before and whom I had never seen before. I grabbed the phone and jokingly said, “I’m coming over”. She became excited and told me I was more than welcome to come. To make a long story short, I did make arrangements and went there.

It was funny when she went to pick me up at the airport, we had never seen each other, so we got on our cell phones until we were finally face to face. Although it was the first time we saw each other, I was home. I spent a week with her. She spoiled me rotten. After that week we kept in touch and she became the person I would go to when I needed encouragement. Even at a distance she became a second mom.

This past July I was supposed to come over to see her, but miscommunication made us miss the date and then I got so busy with the things around my new book that I never got around to make the arrangements to spend some time with her again. I had planned that this year I was going to make it there because I miss her, now its too late. She passed away this last Friday.

I do regret not having made a bigger effort to make that trip happen earlier. I do thank God for having given me the gift of knowing her and the love she gave me 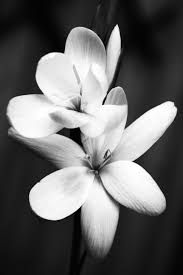 the time I had her.

6 thoughts on “Don’t wait to say I love you”