I was having a conversation with a friend regarding leadership. My friend’s point of view was that because he was in a particular position, he would consult those “under” him, but that the last word would always be his. After all, that’s what his position entitled him to do.

The conversation was funny to me because humbling yourself through leadership is more than taking others into consideration. It’s about service. Being a leader it is about asking those who you are responsible for, as much as you are willing to do.

Actually the Word of God tells us in

Matthew 23:11 “The greatest among you must be a servant.”

Leadership is not about being served but about serving others. The truth is that we have all been called for leadership. I know that doesn’t sound true to everyone, but it is true. As a believer, wherever you go you are to be salt of the earth. If you are light and salt, it means that others are looking or asking what you do to guide themselves to Christ. So know that even if you do not hold a particular position at work, church or your community, you are still called to be a leader. 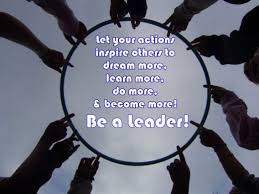 So how do you know how to be the right kind of leader? The bible gives us a simple guide:

“Think of yourselves the way Christ Jesus thought of himself. He had equal status with God but didn’t think so much of himself that he had to cling to the advantages of that status no matter what. Not at all. When the time came, he set aside the privileges of deity and took on the status of a slave, became human! Having become human, he stayed human. It was an incredibly humbling process. He didn’t claim special privileges. Instead, he lived a selfless, obedient life and then died a selfless, obedient death—and the worst kind of death at that—a crucifixion.” Philippians 2:5-8 MSG

A lot to think about. Until next time, be blessed

Tag for The Road Home

“This book certainly held my interest straight through to the very emotional ending. ”Mary Anne Benedetto

“With the ever-constant presence of her closest friend, Aimee, Desiree slowly makes her way to God and learns the greatness of His power and love. ”Cynthia

“A very engaging story about faith, love, and friendship, and the trials and tribulations that life can bring you. ”Jersey Gina