There was a recently heated discussion on twitter about Grace. The points of contention where the following:

I think we need to start by defining what is Grace to have a frame of reference. I looked in dictionary.com and it defines Grace as mercy, clemency and pardon. It also says that it’s a manifestation of favor especially by a superior.

Starting from this frame of mine, I think that both schools of thought would agree that we consider Jesus Christ our Superior and Higher Power. I found in John 1:14-17 the following scripture “The Word became flesh and made his dwelling among us. We have seen his glory, the glory of the one and only Son, who came from the Father, full of grace and truth. (John testified concerning him. He cried out, saying,

“This is he of whom I said, ‘He who comes after me has surpassed me because he was before me.’”) Out of his fullness we have all received grace in place of grace already given. For the law was given through Moses; grace and truth came through Jesus Christ.”

Now if I’m understanding this correctly Jesus is the Word who became flesh. The scripture says he was full of grace and truth. It also says that the law was given to Moses, meaning all those rules about the things we needed to do to be able to obtain favor in the eyes of God, but that grace (meaning clemency and undeserving pardon) came through Jesus Christ.

Jesus actually said that he didn’t “ come to abolish the Law or the Prophets;but to fulfill them. Truly I tell you, until heaven and earth disappear, not the smallest letter, not the least stroke of a pen, will by any means disappear from the Law until everything is accomplished. Anyone who sets aside one of the least of these commands and teaches others accordingly will be called least in the kingdom of heaven, but whoever practices and teaches these commands will be called great in the kingdom of heaven.  For I tell you that unless your righteousness surpasses that of the Pharisees and the teachers of the law, you will certainly not enter the kingdom of heaven” (John 5:17-20)

So does that mean that the other parts of the bible are just as important as his literal words? I think so. Does he call us out of legalism when he says that we should do more than the Pharisees and teachers of the law? I think so too.

As someone who has sinned and have been recipient of the Grace of God, I’m 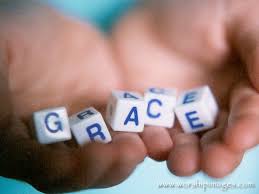 very glad that it does exist. No, Grace is not a license to sin and relay in the Grace of God, which I think is the misconception that those who feel that Grace is not real believe is the interpretation of born again Christians. But I didn’t deserve forgiveness for the sins I committed and break the laws established by God and I have to be thankful to Jesus for redemption and Grace and giving me a new opportunity to start again.

Don’t forget to check out my new Devotional Growth Lessons, and obtain a 10% discount with the coupon code PN34W.

One thought on “Did Jesus talk about Grace?”