We are so blessed here at The Rising Muse. Recently we’ve had great Christian authors who have agreed to pay us a visit and share their stories with us. Today is no exception. We are glad to have Linda Yezak, enjoy this enlightening article!

God and the Garden Lizard 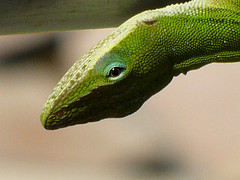 hospital. The car was in motion and well on its way when a garden lizard scrambled to the driver’s side window and peeked in at me. Whether he was as surprised to see me as I was to see him was hard to tell. Reptiles aren’t the most emotive of God’s creatures.

But I felt so sorry for him. Can you imagine how huge the car must’ve been to him? And it was moving! He had no idea where we were going or whether he’d be safe. He only knew the wind was flapping his tail around, and he couldn’t get away from it. Finally settling in the rearview-mirror housing, he swiveled his head between me and the lizard in the mirror that wore the same expression of fear only another reptile would recognize.

Apparently uncomfortable with his companion in the mirror, he crawled out of my sight, only to return later to cling to the silver window frame. From there, he kept his green nose to the wind as though determined to meet his fate head-on. He didn’t know there was a vacant lot around the corner, didn’t understand what was happening when the car stopped and the critter inside it came out. And certainly didn’t understand when that same critter trapped him and put her hand on his body.

While any bug large enough to cast a shadow will send me into a screaming retreat, I’ve never been afraid of snakes, frogs, or lizards. So I caught him fearlessly and walked him to the edge of the lot. How odd that he seemed to trust me–he never once tried to jump from my hand, even when I lowered him to the grass. I had to nudge him.

As I watched him disappear among the weeds, feeling the warm fuzzies for a cold-blooded animal, I considered the wonderful lesson he taught me: When you’re in for the ride of your life, stick your nose in the wind and trust your Driver. 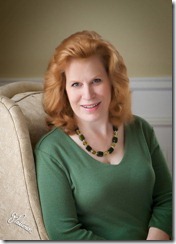 Linda Yezak (pronounced like “yes” and “sick” thrown together with a “z”), lives with her husband and three cats in a forest in Texas, where tall tales abound and exaggeration is an art form. She is a two-time finalist in ACFW’s Genesis Contest, in 2008 for Give the Lady a Ride, a contemporary western comedy romance published by Port Yonder Press, and in 2010 for The Cat Lady’s Secret, a Women’s Fiction comedy-drama. She has been published in Christian Romance and Vibrant Nation e-zines, has served as a judge in several national and local writing contests, and is currently a freelance editor and a volunteer editor for Port Yonder Press.

Remember, just a few hours left for the 99 hours 99 cent event. Click on the green icon on the left side of this page to take advantage of this great opportunity to obtain your Inspirational/Christian eBooks for you and your loved ones for just 99 cents.

2 thoughts on “Guest Post: God and the Garden Lizard”